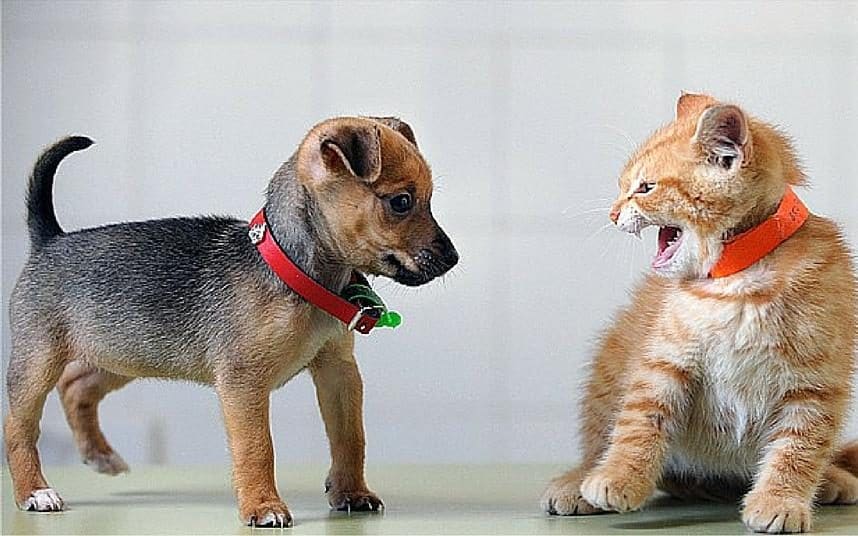 There’s no denying the benefits of including dogs and cats in your life, but as is true with all things, there are downsides. One that is often overlooked is the possibility of catching a disease from your pet. It is important for owners to be aware of diseases that can be passed from dogs and cats to people. This will enable us to make informed decisions to protect ourselves and everyone around us, even while we love our pets.

That said, the following diseases can be transmitted from dogs and cats to humans

Cat-scratch disease is a bacterial disease that people may get after being bitten or scratched by a cat. About 40% of cats carry the bacteria at some time in their lives, although kittens younger than 1 year of age are more likely to have it. Most cats with this infection show no signs of illness. People who are bitten or scratched by an affected cat may develop a mild infection 3-14 days later at the site of the wound. The infection may worsen and cause fever, headache, poor appetite, and exhaustion. Later, the person’s lymph nodes closest to the original scratch or bite can become swollen, tender, or painful. Seek medical attention if you believe you have cat-scratch disease.

Dog and cat hookworms are tiny worms that can spread through contact with contaminated soil or sand. Pets can also become infected with hookworms through accidentally ingesting the parasite from the environment or through their mother’s milk or colostrum. Hookworm infections in pets can cause anemia, diarrhea, and weight loss. Severe infections can be fatal. People become infected with hookworms while walking barefoot, kneeling, or sitting on ground contaminated with stool of infected animals. Hookworm larvae enter the top layers of skin and cause an itchy reaction called cutaneous larva migrans. A red squiggly line may appear where the larvae have migrated under the skin. Symptoms usually resolve without medical treatment in 4-6 weeks.

Leptospirosis is a bacterial disease of people and animals that is transmitted through contaminated water and urine or other body fluids from an infected animal. It is difficult to detect early stages of leptospirosis in animals, but the disease can lead to kidney and liver failure if left untreated. People who become infected with leptospirosis might not have any signs of the disease. Others will have nonspecific flu-like signs within 2-7 days after exposure. These symptoms usually resolve without medical treatment, but can reappear and lead to more severe disease.

Staphylococcus aureus is a common type of bacteria that is normally found on the skin of people and animals. Methicillin-resistant Staphylococcus aureus (MRSA) is the same bacterium that has become resistant to some antibiotics. Dogs, cats and other animals often can carry MRSA without being sick, but MRSA can cause a variety of infections, including of the skin, respiratory tract, and urinary tract. MRSA can be transmitted back and forth between people and animals through direct contact. In people, MRSA most often causes skin infections that can range from mild to severe. If left untreated, MRSA can spread to the bloodstream or lungs and cause life-threatening infections.

Ringworm is a condition caused by a fungus that can infect skin, hair, and nails of both people and animals. Ringworm is passed from animals to people through direct contact with an infected animal’s skin or hair. Cats and dogs infected with ringworm typically have small areas of hair loss and may have scaly or crusty skin; but some pets carrying ringworm have no signs of infection at all. Young animals are most commonly affected. Ringworm infections in people can appear on almost any area of the body. These infections are usually itchy. Redness, scaling, cracking of the skin, or a ring-shaped rash may occur. If the infection involves the scalp or beard, hair may fall out. Infected nails become discolored or thick and may possibly crumble.

Toxocara roundworms cause a parasitic disease known as toxocariasis. Cats, dogs, and people can become infected by swallowing roundworm eggs from the environment. Pets can also become infected as youngsters through their mother’s milk or while in utero. Infected puppies and kittens usually do not seem very sick. Those that do may have mild diarrhea, dehydration, rough coat, and a pot-bellied appearance. In people, children are most often affected with roundworm. There are two forms of the disease in people: ocular larva migrans and visceral larva migrans. Ocular larva migrans happens when the larvae invade the retina (tissue in the eye) and cause inflammation, scarring, and possibly blindness. Visceral larva migrans occurs when the larvae invade parts of the body, such as the liver, lung, or central nervous system.

Toxoplasmosis is a parasitic disease that can spread to people and animals through contaminated soil, water, or meat, and from contact with stool from an infected cat. Cats are the main source of infection to other animals but rarely appear sick. Most healthy people who become infected with Toxoplasma show no signs or symptoms. However, pregnant women and people who have weakened immune systems may be at risk for serious health complications.