The Institution of the World Organisation for Animal health (OIE) 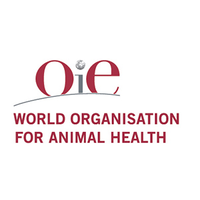 The OIE is an acronym for the Office International des Epizooties which is now known as World Organisation for Animal Health. The organization was established on January 25th, 1924 as an international agreement that presently has 182 member states from respective countries. Except for a few instances, most of the country representatives during the OIE General Session of the International Committee are veterinarians. These representatives are required to be technically competent to ensure active participation in decision-making and discussions at meetings. The name change was effected in May 2003 but the historical acronym – OIE – was retained. Official languages are English, French, and Spanish and the headquarters of the organization is located in Paris.

As hinted by its name, the organization is focused on animal health and zoonoses control. This includes promoting animal health and welfare, prevention and control of animal and zoonotic diseases, promotion of veterinary services, and food safety among others. Although the organization is subjected to the authority and regulation of the World Assembly of Delegates, its daily activities are managed from the headquarters in Paris under the leadership of the Director-General (who is usually elected by the World Assembly of Delegates).

The organization is responsible for animal health improvement globally by:

The highest authority of the OIE is the World Assembly Delegates. The functions of the assembly are to adopt international standards in the ﬁeld of animal health, especially as regards the international trade and adoption of resolutions made for the control of major animal diseases. The OIE also elects members of the governing bodies of the OIE which include the President and Vice-President of the Assembly, members of the Council and of the Regional Commissions and members for the Specialist Commissions. Furthermore, the OIE appoints the Director-General, examines and approves the annual report, ﬁnancial report and the annual budgets of the organization.

The organization functions under the authority and control of the International Committee which is created by permanent delegates designated by the representatives of member states, each of whom has one vote contribution to relevant matters.

The organization has representations in most global regions including Europe, Asia, Africa, and America. The purpose of these representations is to strengthen the global efforts towards animal diseases control and surveillance.