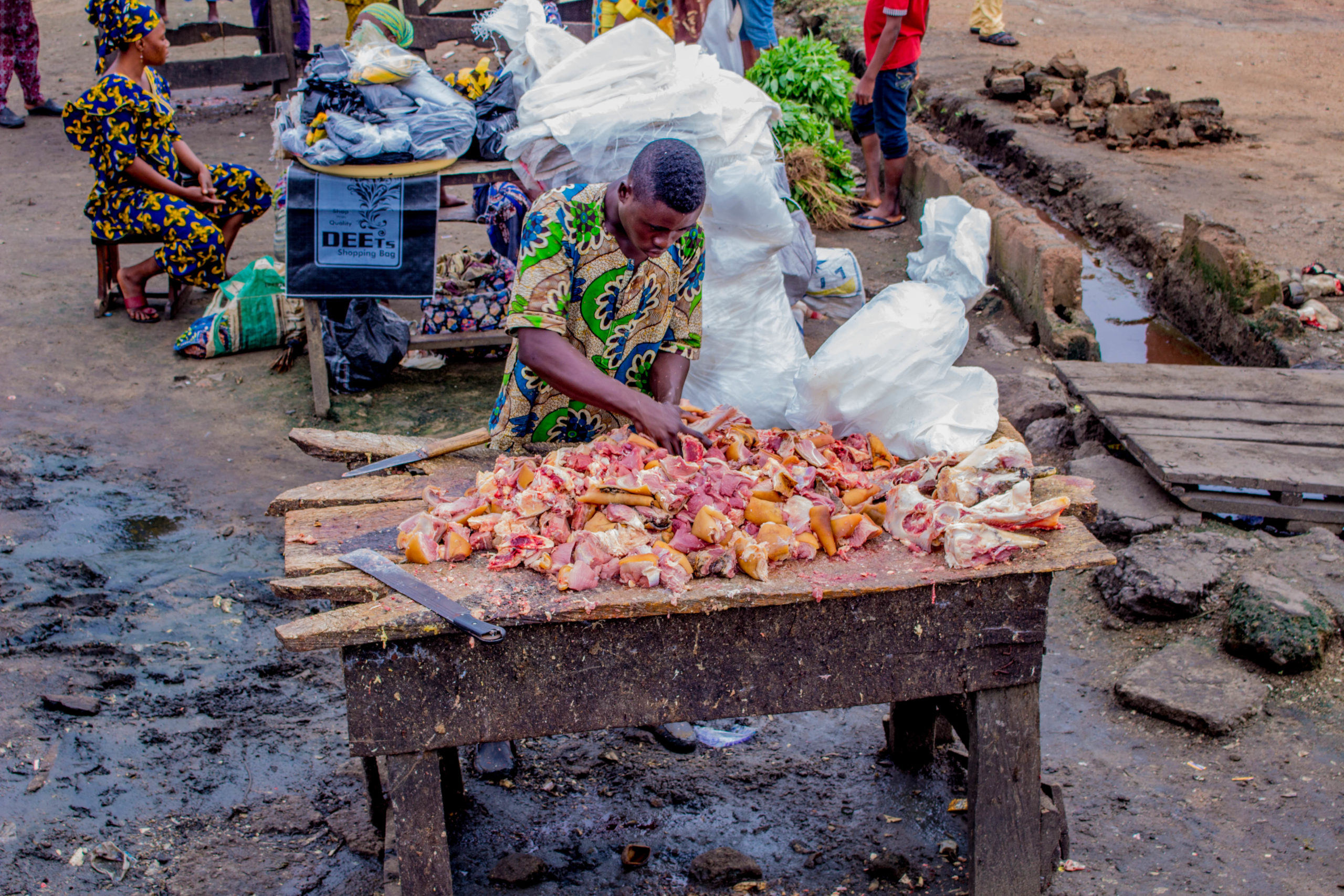 Project #AbattoirNigeria was a nationwide public health advocacy and media project that investigated, reported and engaged abattoir workers and the Nigerian public on the challenging issues of unhealthy abattoirs, poor meat hygiene and eating infected meat. It was postulated that these issues were leading to a high risk of transmission of foodborne zoonotic diseases – especially helminth infections, tuberculosis, brucellosis and salmonellosis. The project was implemented from February 2017 to January 2018, with support and funding from Code4Africa’s ImpactAFRICA program.

Project activities included field investigations, interviews, and laboratory tests; collection and analysis of data (from interviews, questionnaires, pictures, videos and laboratory tests); and engaging in on-site dialogues with presiding government officials and abattoir workers. The project also involved physical and virtual work collaboration with a team of government officials, veterinarians, public health officials, meat inspection officers, butchers and cattle herders, photographers and videographers in 5 states across the geo-political zones of Nigeria. To ensure high participation in the project, we networked with and garnered the support of stakeholders such as government offices in charge of state abattoirs and the heads of association in the abattoirs.

Subsequently, articles on the issue were produced and published in a 3-part series on various digital and print media platforms such as The Cable Nigeria, International Center for Investigative Reporting (ICIR), Alaroye (in Yoruba language) and Ahmadiya (in Hausa language). Also, social videos were produced to further propagate media advocacy on the issue.

A major successful outcome of Project #AbattoirNigeria was that it led to a major shift in Oyo State’s government’s policy implementation on meat edict and laws governing abattoir positioning and use. Upon publication on the description of state and activities at the Ibadan Abattoir (Article 1) which detailed the dilapidated state of the abattoir and the unscrupulous and unhealthy activities, the story incited online reactions and conversations which got to the notice of Ministry of Veterinary and Livestock Services (the office in charge of the abattoirs). The state officials swung into action and had dialogue meetings with the cattle traders, butchers, meat sellers, and meat inspection officers. Eventually, within months, this led to a relocation of the abattoir workers to a newly built, upgraded and better-equipped abattoir (which had previously been in dispute for years). In addition, stricter enforcement measures of meat laws/policies were established and additional meat inspection officers were employed for more effective supervision.

Link to articles and video can be found as follows;

One thought on “Project #AbattoirNigeria”