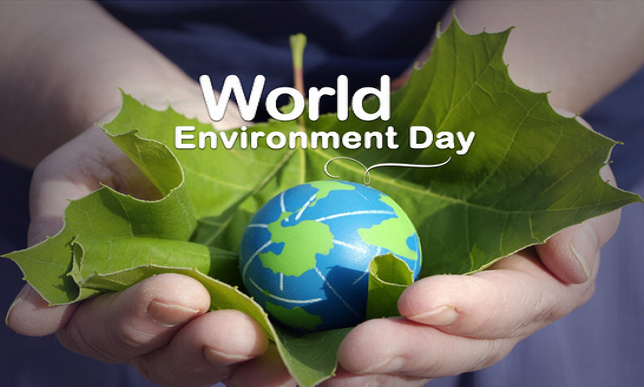 The natural environment as a concept involves all surrounding factors that support life on land, air and water. It is the domain in which humans, plants and animals operate and ultimately depend on for their survival. According to Britannica, the environment is the complex of physical, chemical and biotic factors that act upon an organism or an ecological community and ultimately determines its form of survival. If this is true in all sense of the word, then this critical factor of life needs to be sustainably harnessed and protected for the greater good of all.

Multiple factors affect the integrity of our environment, chief amongst them include human anthropological activities which impact negatively on natural resources (eg wildlife, forests, water, soil), causing desertification, global warming, water, air and land pollution. When natural resources are over-utilized and overexploited to levels that little or no regeneration is made possible, then life on planet earth is threatened.

For example, according to the World Wildlife Fund (WWF), the Amazon forest, the world’s single largest remaining tropical rainforest which houses 10% of the world’s biodiversity has lost about 17% of its forest cover. This cover which spreads over the Amazon helps in temperature and humidity regulation, which is linked to the region’s climatic patterns. Inferably, what happens to this important natural resource can significantly determine the extent of global warming in that region and the world at large!

Embedded in the theme for this year’s World Environment Day, “BIODIVERSITY”, is a call for global attention and action on the ongoing progressive loss of the earth’s vital life-suppporting ecosystems. Biodiversity refers to the variability among living organisms from all sources, including terrestrial, marine and aquatic ecosystems, as well as the ecological complexes in which they belong. This includes all known living species of animals, plants, bacteria, insects, fungi, etc. National Geographic reports that most of the world’s biodiversity are found in regions where environmental conditions favour plant growth, such as the tropics (Africa), as well as Mexico, Brazil, Madagascar and southwestern United States. These locations are hotspots of rich biodiversity of flora and fauna, as well as aquatic resources.

The protection and conservation of biodiversity is important for the following reasons:

* To ensure that the essential ecological processes which support life on earth are sustained.

With the surge in global emerging infectious diseases believed to be buoyed by encroachment of human activity into wildlife domains, biodiversity conservation is neccesary to ensure that infectious pathogens are maintained in their natural hosts in the wild. Wild species extinction would further favour their jumping into humans and other domestic livestock.

The task of conserving the earth’s biodiversity is contributory and incumbent on all individuals, governments, organizations and institutions at all levels and all sectors (eg Agriculture, Medicine, Manufacturing, Law, Environment, to mention but a few). This task can also either be performed in-situ (in the original locations), or ex-situ (at created locations/sites outside the original location). In-situ remediation efforts should be intensified by the creation of more wildlife parks, forest reserves and protected areas, as well as enforcement of laws to enhance conservation of the already existing ones to ensure the resources therein are not tampered with.

Ex-situ intervention efforts are also needed to ensure the active breeding of endangered species of plants in botanical gardens, wild species in zoos, as well as creation of gene banks to preserve genetic materials for the purpose of rebuilding populations of rare plant varieties and animal species in the future. Gas flares from oil exploration activities in developing countries should be converted to energy, to save the ozone layer from further depletion and exposure of the earth to global warming.

Individuals can contribute to biodiversity conservation by funding/adopting wildlife, sponsoring beehives, planting gardens, flowers and trees, reducing wildlife/game hunting, reduction in widespread use of antibiotics and pesticides, as well as efficient agronomic practices to protect the soil ecosystem from eroding. Waterways should also be left open, to avoid flooding, with its many adverse impacts.

Together, let’s safeguard the earth’s biodiversity, for healthier lives and generations yet unborn.

One thought on “World Environment Day – Safeguarding the Earth’s Biodiversity”