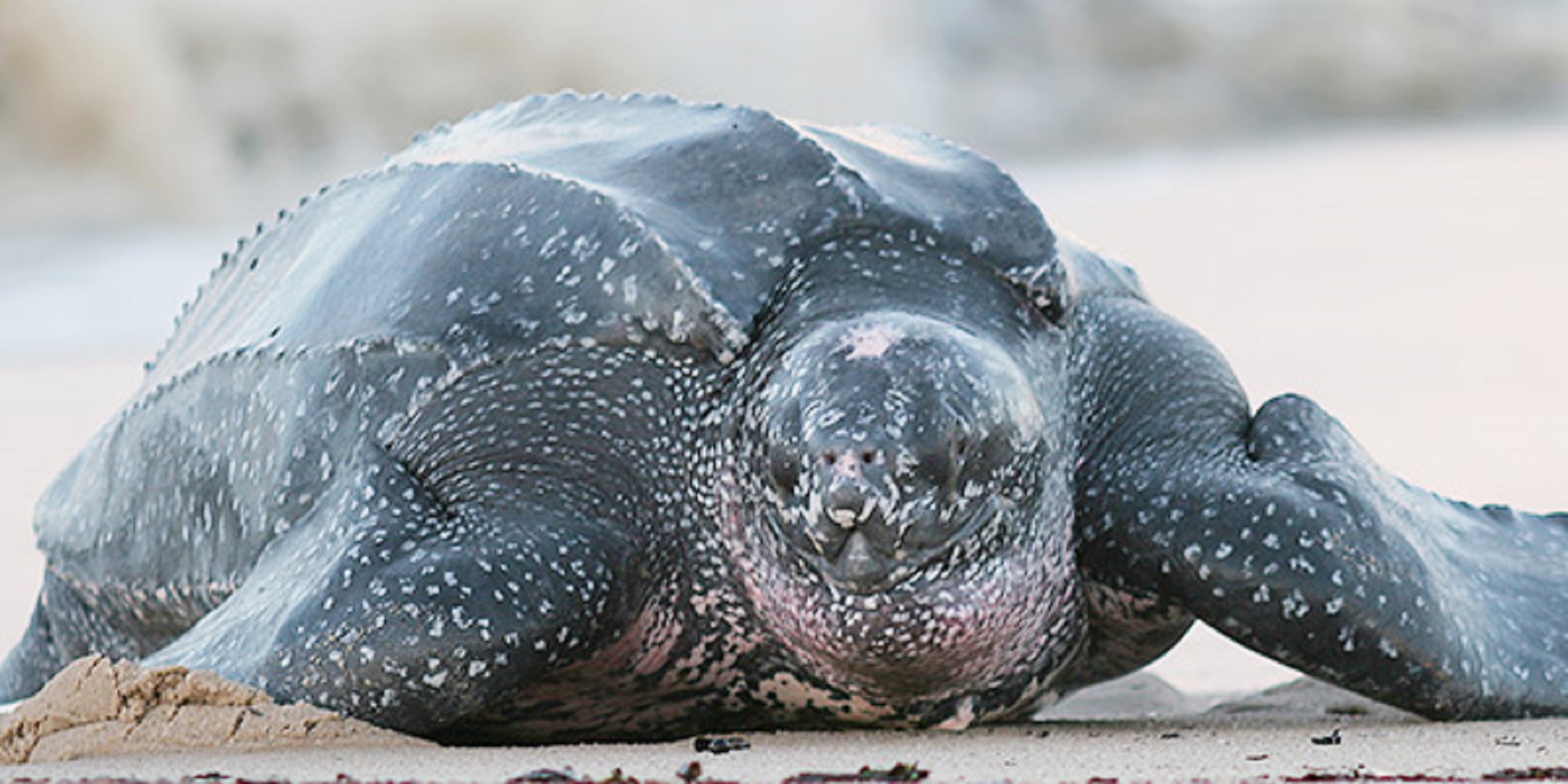 Giant leatherback turtles are huge marine reptiles and the only species in their family! Yet, they are hunted for food in various countries of the world including Nigeria. Another of such incidents happened on January 20, 2020, in Bayelsa, Nigeria where one of these rare species was captured and butchered as food! Previously, conservationists usually negotiate with the community to release such animals back to their habitat but this leatherback turtle wasn’t lucky as it was butchered before such arrangements were made. This shows the urgent need for conservation education in our local communities who are closer to our wildlife in Nigeria so that we can preserve what is left of our wildlife.

Leatherback turtles are one of the diverse sea turtles known and are warm-blooded. Known scientifically as Dermochelys coriacea and weighing about 500kg, the name, leatherback turtle is in reference to the uniqueness of their shell which is a layer of thin, tough, rubbery skin and appears leathery They are generally considered as a long-lived species with estimated lifespan of 30 years and are thought to have existed in their present form since the age of the dinosaurs! They are migratory and talented divers with records of diving as deep as 4000 feet in the water.  Their sizes usually vary between 4 and 6 feet (1.30-1.83 meters), but a 10 feet leatherback turtle has been recorded before. Leatherback turtles may be black or blue-black in color with white and pink blotches. They are easily distinguished as the only huge marine turtle with soft carapace and leathery dorsum.

Female sexual maturity is between 9 to 16 years and during their reproductive cycles, they deposit 46 to 160 eggs at 8 -12 days interval. Nesting which happens about 7 times per season occurs at night on beaches found in tropical and subtropical regions while remigration occurs every 2 -3 years. Incubation of eggs usually lasts between 50 and 78 days after which eggs hatch into hatchlings before moving into the sea.

They are considered omnivores feeding on crabs, molluscs, shrimps, jellyfish, soft-bodied animals, tunicates and vegetation.  Their delicate scissor-like jaws which can be destroyed by diets other than soft-bodied creatures is suggestive of their preferred diet.

Leatherback turtles are found majorly in open oceans, just offshore. They are found active in water bodies below 40 degrees Fahrenheit as they have the ability to maintain higher internal body temperature. They can be found worldwide in tropical and temperate waters of the Atlantic, Pacific, Indian Oceans, the Caribbean waters, Brazil and several beaches in Nigeria such as Elegushi beach in Lagos and Okpoama beach in Bayelsa.

They are endangered species and have been listed as such in 1988, 2001, 2013 and 2017. This is due to their preferred niche for nesting (by staying in open beaches for long periods of time). Their nesting behavior has made them prone to human predation where they are commonly being been sold to poachers or butchered for meat. Their population is also threatened in oceans where commercial ﬁshing occurs, and where there is marine pollution, global warming (sex ratio of hatchlings are predetermined by temperature during nesting), and predation by sharks and killer whales. Furthermore, their hatchlings, juveniles, and eggs are preyed upon by raccoons, coatis, genet cats, ghost crabs, ants, domestic and feral dogs, lizards, opossums, jaguars, vultures, skunks, seabirds (commonly gulls and frigate birds).

Due to their endangered status, their protection is paramount to prevent them from being extinct in the coming years. Every species has its unique habitat and niche in the ecological system and this is important for keeping the population in proper balance. In this case, the presence of leatherback turtle provides natural control for the population of jellyfish as overabundance of jellyfish causes the reduction of commercially important fish (as jellyfish are known to feed on fish larvae).

Let’s Save the Bees

May 21, 2020 OHDI
Environmental Health and WASH Media Wildlife and Biodiversity