These acts of Animal Cruelty must STOP! 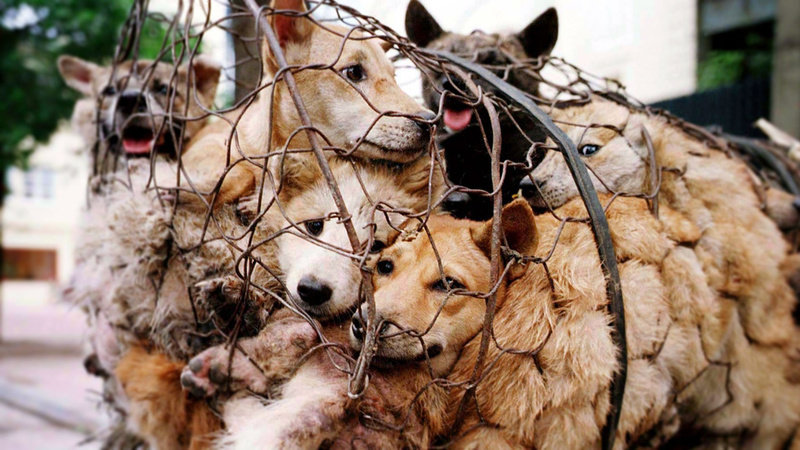 Animal cruelty is also commonly known as animal abuse or animal neglect. It occurs where there is the intentional infliction of suffering or harm by humans upon any animal, regardless of whether the act is against the law or not. Animal cruelty is considered a serious issue, often addressed as a criminal offense in most developed countries already. It should be similarly tackled in Nigeria due to rampant actions of abuse on animals and inadequate/lack of enforcement of animal welfare laws.

Animal cruelty occurs because a lot of people do not appreciate the existence of pets and animals, while some are even totally ignorant of their actions of abuse in the first place. Also, people are well able to perpetuate these acts because the veterinary laws that address animal cruelty (if at all in existence) are not enforced.

As a pet owner, animal farmer or animal caregiver, it is important for you to understand that animals are also living beings. Though they do not talk (in our language) and are not as developed as humans are, they do experience basic varied emotions such as pain, suffering, contentment and even joy.

Listed below are 5 common acts of animal cruelty that we all need to watch out for and speak against when perpetuated. In fact, anyone who is fond of doing any of the below-listed is not deserving of owning an animal.

Unarguably, the first needs of any living thing are food (nutrition) and water. It is callous to deprive an animal of food and water, whether out of forgetfulness or as an act of punishment, as some people are fond of doing. Ensure that any animal under your care is given an adequate measure of food and water EVERY DAY.

This is a common occurrence here in Nigeria and usually happens out of anger at the animal, to correct or punish an animal or just out of callous playfulness. Some people even beat or stone an animal as a pre-emptive defense even when the animal is not attacking. Commonly, most cattle herders also beat their cattle with sticks to control cattle movement and to prevent them from straying away from the herd. As much as possible, especially when you are not under attack from the animal, do not beat/stone/bruise/hit an animal. There are other more productive ways of exerting control or correction on an animal without resorting to violence.

This is extremely common among Nigerians here and it happens for various reasons.

All the above reasons are NO excuses to delay taking an animal to the clinic for quality veterinary care. Some people are fond of delaying treatment until the animal’s health gets even worse, even to the point of near-death, before rushing off to get treatment. By this point, the animal’s health is almost irreversibly bad and the animal may eventually die, despite intervention (sometimes even blaming the veterinarian for the animal’s death)

As an animal owner or caregiver, it is your responsibility to ensure that you immediately take care of any ill-health, infection, fracture, bruise, parasite infestation, and any abnormality, by taking your animal to quality veterinary care.

Animals should not be caged or placed permanently in captivity and chains. Doing this diminishes the quality of life of the animal and makes the animal highly unproductive.

Even if the animal is aggressive and needs to be contained so as not to injure people, it is important not to allow this containment to be permanent. For example, an aggressive dog may be chained or caged during the day when human activity and movement is high, but can be released and given free movement at night. Generally, animals should be allowed to move freely within a compound and given opportunities to take scheduled and monitored walks in the environment.

It is your responsibility as an animal owner to provide good sheltering for your animal. It is totally wrong and cruel to expose your animals to extreme weather conditions such as rain, cold, sun, extreme dryness, sandstorm, etc. Doing this greatly affects their health and predisposes them to various infections and parasites.

Ensure that before you even acquire an animal, you have a good place established for shelter/housing of the animal. Also, don’t put too many animals in one space, cage or shelter. Animals also need their space for them to be healthy, productive and to prevent fights or injury.

Dear animal owners, remember, animals do feel emotions too. If you would consider and understand how the above actions may affect you as a human being, then you would be able to understand how it affects your animals too.

More importantly, if you do not have the time and resources to care for animals, then do not acquire an animal

Let’s endeavor to give our animals great quality lives. Let’s treat our animals well and speak out against acts of animal cruelty perpetrated by our friends, family and/or neighbors.

2 thoughts on “These acts of Animal Cruelty must STOP!”