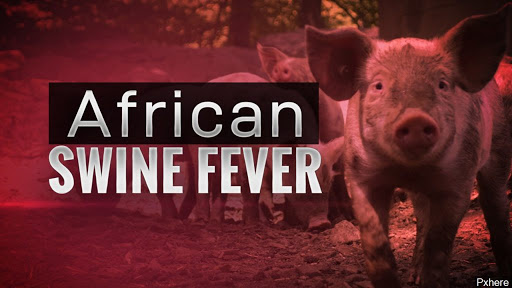 In December 2019, an outbreak of African Swine Fever (ASF) was reported in some pig farms in Ogun State, Nigeria. Unfortunately, this disease outbreak has since progressed to other south-western states and has since killed thousands of pigs in its wake, with some piggeries reporting 100% mortality. In response to these incidents, the Veterinary Council of Nigeria (VCN) decided to hold a stakeholder meeting of all Veterinarians on the ASF epidemic and discuss issues, challenges, and ways forward. The meeting was hosted by the VCN President, CP. Aishatu Abubakar Baju (DVM, Ph.D., NPOM) and was held on Monday, 15th June 2020 by 3:00 PM via the telecommunication media, Zoom. At the meeting which congregated over 125 veterinarians across the Federation, all attendees were provided with updates on the ongoing outbreak with the goal of looking into existing gaps and challenges towards prevention and control/eradication of the disease.

The meeting was officially opened by the moderator Dr. Olatunju Nasir, the Chief Medical Director of Truthmiles Animal Hospital and he officially welcomed everyone. He then gave the opportunity for the VCN President, CP. Aishatu Abubakar Baju to give her opening address where she gave a short brief on the purpose and anticipated outcomes of the meeting. Immediately after, the guest speaker, Dr. O. O. Omotosho, (DVM, Ph.D., FCVSN) of the Swine Medicine Unit of the Department of Veterinary Medicine, University of Ibadan, was introduced to give a refresher lecture on African Swine Fever (ASF).

Dr. Omotosho noted that ASF is caused by the African Swine Fever Virus and is in fact a notifiable disease due to its rapid spread, the high mortality rate (which could be up to 100% within a herd), and its economic impact on farmers and consumers alike. He also mentioned that the disease was firstly reported in Kenya in 1921, before spreading as a transboundary disease to China, Southern Asia, Southern Europe, and other parts of Africa, including Nigeria. While there have been several pockets of ASF outbreak in Nigeria since 1973, the recent outbreak was first suspected in the last quarter of 2019. Furthermore, the disease currently has no effective vaccine or treatment due to its evasion mechanisms and its ability to produce non-neutralizing antibodies thereby posing major challenges in immune and vaccine development. Dr. Omotosho also stated that the virulent Genotype 1 of the virus has been endemic in Nigeria and has been the most commonly reported globally. He further clarified on common clinical signs of ASF in Pigs, stating that the critical signs to watch out for are discoloration of the skin and sudden death in a pig farm.

While giving the current picture of the outbreak, he mentioned that the current outbreak has mostly and largely affected the Oke-Aro 10,000 acre pig settlement which borders Ogun and Lagos States, Nigeria. It is important to note that this pig settlement serves as a source of livelihood for about 3,000 farmers and support staff. Dr. Omotosho stated that the mortalities recorded so far across the country including Edo, Delta, Imo, Abia, Lagos, and Ogun State have approximately incurred a 12 Billion Naira loss in economic value. In concluding his lecture, he gave recommendations for further control and prevention of the spread of the disease. He recommended that pigs within infected herd should be culled and the entire farm decontaminated and allowed to rest since the primary means of transmission of the disease is directly from other infected pigs, carriers, or vectors. He also stated that rapid screening should be in place at purchase or importation of pigs and that all pig farms should be properly registered on a centralized and monitored system for easy disease tracking. He further stated that the government should set up a compensation mechanism for farmers affected by the outbreak to ensure cooperation with disease surveillance systems and easy reporting. He mentions that in a bid to avoid financial losses, most farmers tend to avoid reporting the disease, hide the disease incidences on their farms and quickly sell off infected pigs (which further spreads the disease)

The Lagos State Director of Veterinary Services, Dr. Rasheed Macaulay, also gave a short presentation and briefing on the ASF outbreak in Lagos state which was said to have started in February 2020. He said that unfortunately, most of the farmers have been quite unresponsive and uncooperative in maintaining biosecurity measures to prevent and curtail the spread of the disease.

Following that, Dr. Olaniran Alabi, The Chief Veterinary Officer of Nigeria, in his statement pointed out some necessary actions which have already been set in motion at the Federal level. This includes the provision of some vans in the 6 geo-political zones of Nigeria which will aid movement for improved surveillance and decontamination exercises. He also mentioned that he expected technical support and partnership from the World Organization for Animal Health (OIE), Food and Agriculture Organization (FAO), and World Bank. He states that there has been a drafted contingency plan – National Strategy for the Control of African Swine Fever in Nigeria – which is now being finalized and put to implementation for the current and possible future outbreaks. He however pointed out some challenges which still need to be addressed including late reporting of diseases at the Federal level, low budgetary provision, lack of compensatory mechanisms, weak surveillance and laboratory network, poor registration of pig farms, and lack of farmers insurance.

In concluding the meeting, some comments and recommendations were taken from Dr. Bala Muhammed, the Vice President of the Veterinary Council of Nigeria who emphasized the need for an early warning and early reaction system to respond effectively to disease outbreaks. Dr. Olorunisola Bankole co-signed this suggestion added that a sero-monitoring system must be implemented to identify the hot-zones of outbreaks in Nigeria. Dr. Ekundayo Samuel requested that research outputs should be consulted and utilized towards planning control measures rather than being seen only as tools for promotion in academia. Dr. Sunday Olaogun made the last contribution on the matter and pointed out the need to develop local genetically resistant pig breeds to ASF.

In conclusion, the moderator Dr. Olatunji Nasir gave a summary of the meeting outcomes and appreciated all the stakeholders who had been present. The meeting was then brought to a close by the President of the Veterinary Council of Nigeria (VCN), CP. Aishatu Abubakar Baju (DVM, Ph.D., NPOM) at 4:37 PM.