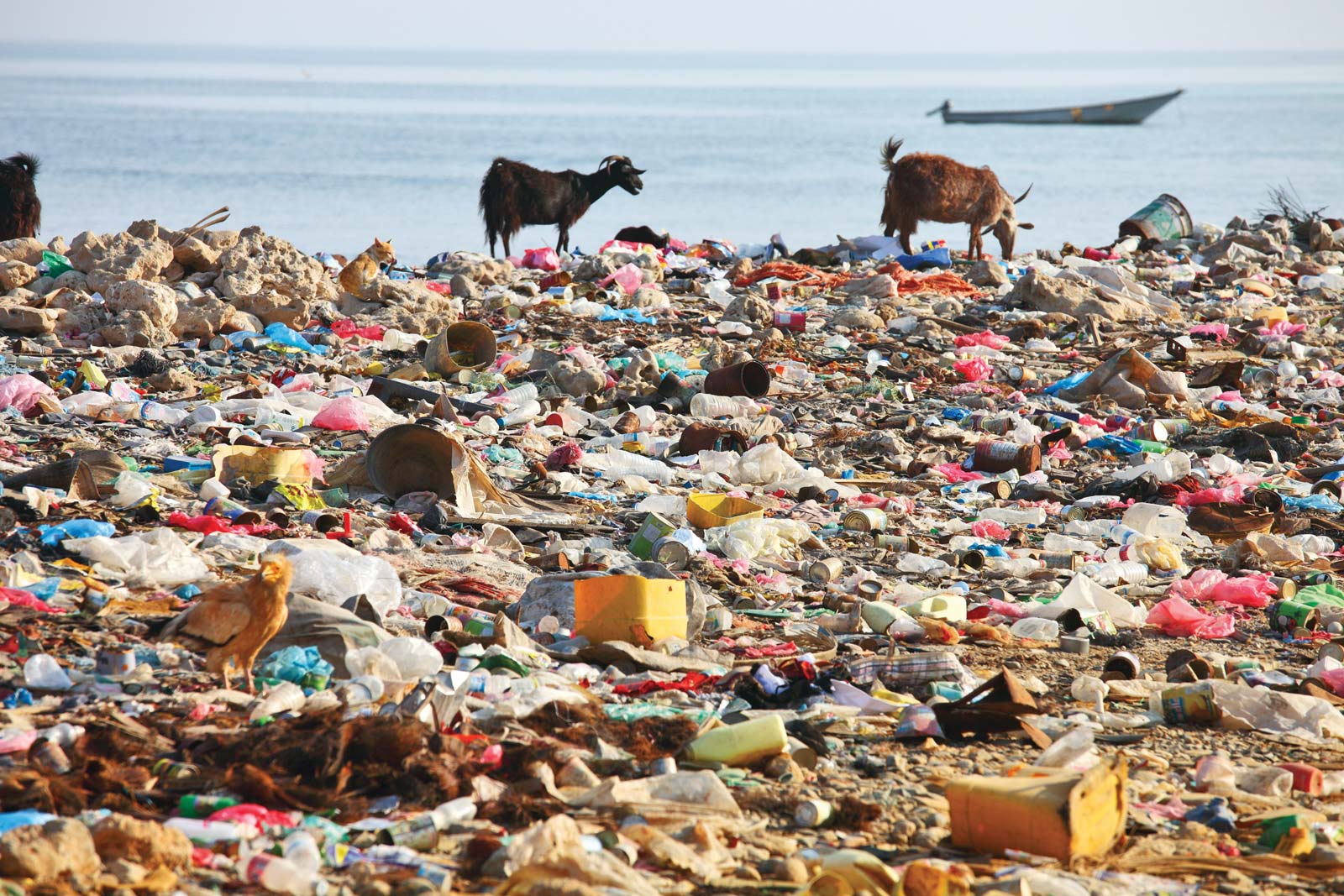 Plastic pollution is the accumulation of plastic items, debris, and particles in the environment which becomes disastrous to animals, plants, and humans in land and aquatic ecosystems. Plastic is a manufactured organic polymer derived from petroleum products with intrinsic properties that allow for a wide variety of use in domestic and industrial settings such as building and construction, household and sports equipment, packaging, vehicle manufacturing, electronics, and agriculture. Plastic is low-price, strong, ductile, and highly durable which is why it is one of the most preferred and utilized materials in the world for both household and industrial items. However, the unrestricted release of plastic debris onto land and water bodies pose significant levels of threat to man, animals, and nature, and constitutes plastic pollution.

Plastic pollution has increasingly become a global menace. According to National Geographic, 8.3 billion metric tons of plastic have been produced over the last 60 years with at least 79 percent accumulating in the environment as litter and more than 8 million metric tonnes ending up in the oceans every year. Due to the toxic and non-biodegradable nature of plastic, this has long-term effects on all the triads of human, animal, and environmental health. For example, littered plastic materials such as bottles, bags, sachets, and micro-plastic are commonly ingested by land animals (e.g., cattle and dogs) and marine animals (e.g., fish, sea turtles, seabirds, and snails). This causes a range of ill-health issues for the animals that may include infection, suffocation, starvation, drowning, toxicity, and death. Also with the presence of plastics in the aquatic environment, chemicals such as Bisphenol-A (BPA), known to be a potent hormone disruptor, are released into the water for aquatic organisms to inhale, causing a wide variety of health problems. As these toxins cannot be easily destroyed by cooking temperatures, this poses potential health risks to humans and other organisms in the seafood web. Li W et al (2016) suggests that at the global level, approximately 80% of plastics in the ocean come from land-based sources and the remaining 20% from marine sources. Out of the 20% from marine sources, it’s estimated that about half (10%) arises from nets, lines, and abandoned vessels. Furthermore, in developing countries, the indiscriminate dumping of plastic wastes on the roadsides, walkways, and gutters are the common causes of flooding in city centers due to blockage of drainages. Invariably, most of these plastics items find their way into the marine environment during rainfall.

On land, plastic pollution is toxic to plants when microplastics and other toxic substances accumulate in the soil, change the soil chemistry, and eventually dry out the soil thereby gradually killing off the plants. Also, plastic pollution on land is aesthetically unpleasing to the environment. In humans, plastic pollution affects health through secondary ingestion of the plastic toxins that have entered the food chain from the marine and land animals eaten. Additionally, the burning of plastic in open air leads to the release of poisonous chemicals which when inhaled by humans and animals, cause respiratory problems, and affect health. When humans burn plastics and other wastes, fumes containing noxious chemicals such as furan and dioxin are generated. The interaction of these chemicals releases greenhouse gases into the air which may cause coughs, shortness of breath, dizziness, and predispose an individual to cancer and asthma. Also, in the long run, the continuous release of these greenhouse gases will contribute to global warming.

In Nigeria, plastic pollution is a common sight both on land, in freshwater, and in coastal environments including creeks, streams, lakes, and oceans. Lots of marine plastic pollution is generated through activities like fishing, shipping, recreational activities, and most importantly from waste generated inland at households. Household wastes are often dumped indiscriminately into water bodies directly or dumped on land and then washed off during rain into streams and rivers before being ultimately transported to the ocean or other nearby water bodies. This occurrence is further perpetuated by a generally poor waste management system and apathy to proper waste disposal in Nigeria. In a lot of places, the water quality has degenerated so badly from waste disposal that they can no longer accommodate aquatic life. Also, there is a poor culture of waste sorting or recycling, and existing plastic recycling plants are generally unknown and under-utilized by the general public.

Dumbili et al (2020) estimate that more than 60 million plastic sachet water bags are consumed and disposed of daily in Nigeria while single-use plastic shopping bags and takeaway packs are equally ubiquitous. They further explain how these disposable plastic products end up on the land and aquatic environment because of indiscriminate dumping of waste on the roadside, under bridges, and in gutters during periods of rainfall. Although it has been reported earlier this year that the Nigerian legislature recently passed a bill to ban the use of plastic bags, this is yet to be implemented as it has not been signed into law.

The need for drastic measures to inculcate effective waste management habits and enforce a “Zero Waste” policy with regards to plastic pollution cannot be overemphasized. In line with Sustainable Development Goal (SDG) 12 (sustainable consumption and production), proper recycling of plastics, refillable sachet water bags, and the regulation of single-use shopping bags should be introduced. This must be supported by media and public enlightenment campaigns that will focus on changing norms and mindsets that promote indiscriminate dumping of plastic and other forms of waste. Furthermore, there must be public and private-sector investments in waste collection and recycling to drastically reduce the prevalence and ubiquity of plastic pollution. Landfills (burying site for wastes) must be situated away from residential areas, and the drilling of boreholes and artesian wells near dumpsites and landfills must be avoided.

Most importantly, due to the impact of plastic pollution on humans, animals, plants, and the environment, a One Health approach must be utilized in the planning and implementation of solutions. By taking these key actions, we can ensure sustainable environmental health, resource conservation, and facilitate an eco-friendly and healthy environment for all.