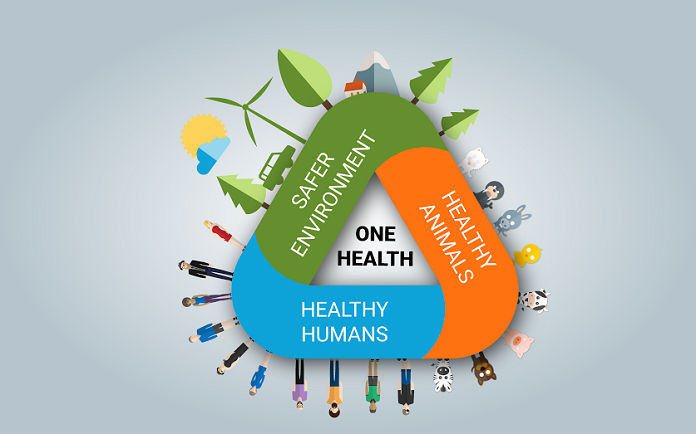 One Health and Development Initiative (OHDI) started initially in February 2016 as a blog called ‘MyAnimal,MyHealth’ by Dr. Kikiope Oluwarore-Isedowo, a veterinarian and public health professional. The MyAnimal,MyHealth blog provided and promoted news and information on related topics of animal and public health. As the blog gained traction and publicity, the work expanded to taking up major health journalism projects that promoted investigated, reported, and promoted public education and advocacy on correlated issues of human and animal health. Notable examples of this work included the Project Abattoir Nigeria (2017) funded by Code4Africa’s ImpactAFRICA program which produced the published story series – Something Dreadful is happening at Ibadan Abattoir, For the love of meat, You must read this, and Unhealthy Abattoirs in Nigeria, recommendations and solutions; and Project Fish and Oceans (2018) supported by Internews’ Earth Journalism Network (EJN) which produced the story Nigeria: Importing fish amidst abundant ocean resources; the paradox of a nation. This build-up of impact projects led to an eventual scale-up to the nonprofit organization that it is today.

In July 2019, One Health and Development Initiative (OHDI) was institutionalized and officially registered as ‘Orore One Health and Development Initiative’ at the Corporate Affairs Commission (CAC) of the Federal Republic of Nigeria with registration number – CAC/IT/NO 130955. In addition to being institutionalized, OHDI’s vision further accommodate all tenets of One Health, addressing all aspects of human, animal and environmental health. Currently, OHDI has been included as a one of One Health Commission’s resource centers/organizations working to advance One Health around the world.