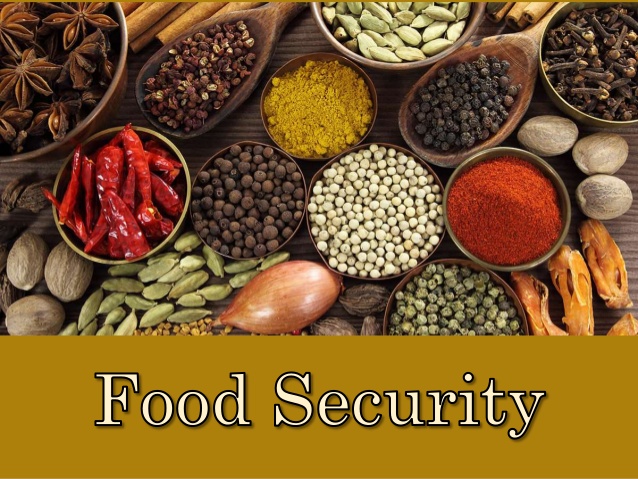 It is indisputable that food is the most important primary need of every human being and one of the major sources of food for the population is agriculture. Sustainable agriculture and food security should be a major goal of every nation, especially in Africa, where the population continues to be on an exponential rise. It is also of utmost importance to note that agriculture and food security is in line with the Sustainable Development Goals (SDGs) 1 (No Poverty), 2 (Zero Hunger), and 3 (Good Health and Well-being).

Fortunately, in Nigeria, we still have arable lands, favorable climatic conditions for both crop and livestock production, improved subsidization of some agricultural inputs such as fertilizers, and the market is always available for food purchase and consumption. However, the major problem we still face is food security.

Food security, as defined by the United Nations’ Committee on World Food Security is when “all people, at all times, have physical, social, and economic access to sufficient, safe, and nutritious food that meets their food preferences and dietary needs for an active and healthy life”. Safe food will not only guarantee life, but also the consistent growth and development the body requires. The need for food security is receiving more attention as lots of agricultural farms are now making more efforts to practicalize and incorporate this into their operations and activities. For example, compared to before, agricultural farms have now started to subscribe to International Best Practices such as the requirements explained in International Organization for Standardization, ISO 22000:2018, and Global Good Agricultural Practices (G. A. P.) manuals. Although, it is believed that a lot of such farms are incorporating these standards so as to be able to export products to developed countries, this has helped to curb food insecurity to a large extent as the same food will be available to intending consumers within the same country.

Food Security can only be guaranteed by having a holistic look at all processes involved in food production. For example, if some contaminated mangoes were sourced in the production of juice, such contamination can survive all other stages of juice production, therefore making the end product to be unsafe for consumption. therefore, ensuring that a series of inspections at various stages of production will save the producer from time wastage and also make certain the end product is safe.

ISO and Global G.A.P. identify points called the critical control points. This refers to the points along with food production flow where if the thorough inspection is not done, there is a risk of introducing contamination or allowing already existing contaminants to persist. It is however important to note that no food is completely sterile, even it is sterile during production, it may become contaminated during storage. The important thing is that the food must not contain potentially pathogenic organisms or organ-destroying contaminants. The standards also help to ensure controls are in place to limit the contaminants and also ensure that the methods used in the limitation do not introduce new contaminants.

Food processing is another way of ensuring food safety. Preservation methods such as drying, salting, canning, and pasteurization will improve shelf life and food safety by limiting the microbial growth in these food substances. Grinding of food into powder also protects food in the same way while proper packaging technique also ensures food safety.

Food handlers are another means through which food security is tested. Some firms undergo food handler testing every six months interval to ascertain the health status of their production personnel. Some organizations even create an illness policy that restricts personnel or visitor from entering the production area while they battle specific kinds of illness.

Another common issue is food defense. Some fraudulent people may decide to tamper with packaged produce from an organization, probably because they want to dishonor the organization or other reasons. This, unknown to the consumers who buy the produce, consume it and even feed the family from it leading to food-borne illness or food infections. Some organizations in line with international best practices have developed tamper-proof seals, which are attached to their packages with instructions to reject if the seal is broken.

Also, food producers and regulatory bodies should ensure that every food bought from the market can be traced to the organization that produced it. This could be helped if organizations can establish a good traceability system that identifies who has custody of what product at a particular time. Bad foods identified should never enter the supply chain without rework or if not possible, disposed-off properly. Organizations should also be accountable if any of their products eventually harm a consumer in any way.

Allergy is another common phenomenon associated with food. This means that food that does not contain infective or destructive agents might still be unsafe if it contains substances a certain group of people is hypersensitive to. For example, some people have been identified to be hypersensitive to fish, eggs, prawns e.t.c. What international standards recommend is that producers should always properly label packaged food materials in a way that will boldly show what is compounded together in the food, include a label that contains the name of the product and a traceability code.

How can we promote Food Quality and Security?

Due to the poor economic situation of Nigeria and other parts of Africa, many people just want to feed on anything regardless of how safe it is. This is why citizens and residents have to be properly educated about the dangers of consuming unsafe foods. This can be done using electronic media to create awareness and introducing into academic curriculum topics that treat food safety. Agricultural extension officers while on duty should educate farmers that they may contribute to a high rise in the number of hospitalized people due to food-borne infections when they mishandle the food products in a way that contaminates them. Food-producing organizations can create a food safety department whose responsibility will be to inspect incoming raw materials when they are brought in and also inspect the final product before they are packaged and shipped to the consumers. Organizations should also ensure that the choice of their packaging material is one that will not introduce contaminants into the food.

Farmers also need to be educated in the choice of plant protection materials such as herbicides, nematicides, fungicides (etc), that they choose to use on their plant produce and emphasis should be placed on the use of organic additives that have been approved by the relevant national and international institutions (eg, NAFDAC in Nigeria). Each of these additives has its pre-harvest intervals when no residue will remain on the plant or fruit before harvest for consumption and farmers should adhere to these wait/interval times.

For farmers who keep their farm produce in stores before transfer to market, such stores should be in a safe condition that will not introduce contaminants to farm produce. Stores should be rodent-proof and mechanisms to prevent rodents should also not be a source of contaminant. For example, it is not advisable to bring cats into a store to reduce rat populations as both cats and rats can be a vector for other pathogenic microorganisms such as Lassa fever and toxoplasmosis.

Finally, agriculture should just be about food production but also the production of safe foods for consumption. Consumption of safe food will improve our standard of living preventing the risk of transmission of diseases, by decreasing the number of times we spend in the hospital, reducing the amount of money spent on drugs and treatments, and also increasing our average life expectancy which is already ranked low compared to other developing countries of the world.

Ismail Adewole Adeleye is a Quality Control Manager of an Integrated Agri-Business in Nasarawa State, Nigeria. He acquired his undergraduate degree in Microbiology and a Master’s degree in Industrial Microbiology from the University of Ilorin.

BREAKING: University of Guelph Launches a first-of-its-kind Bachelor of One Health Degree Program