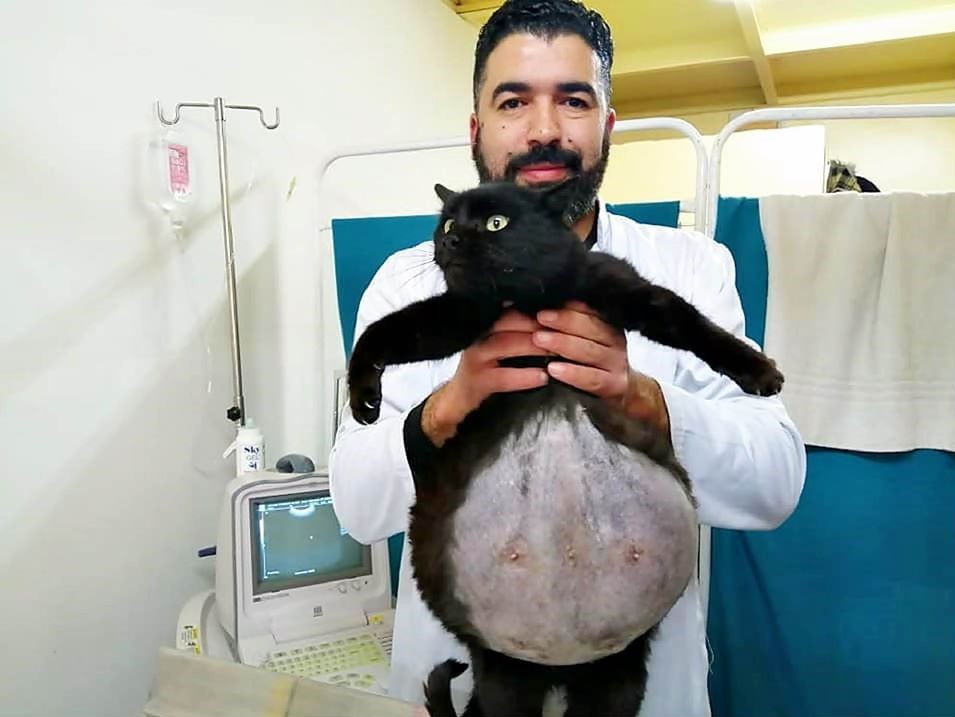 Echinococcosis is a zoonotic disease of cats caused by a tapeworm parasite called Echinococcus species. The parasite has a scolex with four suckers and a double row of large and small hooks. A sexually mature Echinococcus species contains between 200–300 spherical eggs with a diameter of 30–40 μm each and they are patent from between 6 months to 2 years.

Cats get the disease by contact with food, water, fur or scavenging infected rodents or other cats that have been contaminated with the parasite’s eggs or cysts. After ingestion of the cysts, cats later excrete the embryonated eggs of the parasite alongside their faeces which are immediately infective for intermediate hosts, especially humans. Therefore, through this infective cycle, they create a zoonotic risk to humans. Cats are the potential host of this parasite while foxes and coyotes are final hosts. Cats also serve as definitive hosts while dogs and human beings are accidental hosts because of their close proximity to each other.

After infection, the disease develops and exhibits itself in the infected animal (or human) by causing a local and metastatic spread of cysts in various organs of the body.

Since they are zoonotic, cats and other susceptible species found in endemic areas should be treated with Praziquantel every 3 weeks. Treatment of Echinococcosis in cats should be combined with good animal management and biosecurity measures to prevent the cat from ingestion of prey species (especially rats) which can lead to re-infection.

Prevention and control of the disease especially in endemic areas is best done by keeping the car indoors and preventing them from predation and scavenging activity. Also, cats should be treated with Praziquantel before been transported to new areas or non-endemic areas to avoid spreading the Echinococcus species.

Have you ever seen a case of Echinococcosis before as described in the story above? Let us know.

We love these Pet Animals!