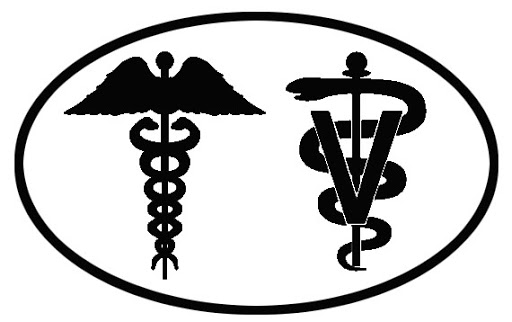 According to a World Health Organization (WHO, 2006) report, about 61% of all human pathogens are zoonotic in origin, and zoonoses account for a whopping 75% of the global emerging pathogens seen in the past three decades. They range from common foodborne infections (eg Salmonellosis and E. coli infections) to the viral hemmorhagic diseases (e.g. Ebola, Lassa fever), the influenza virus group (e.g. Avian influenza), and the encephalitic group (e.g Rabies). Some of the most fatal zoonotic diseases have been found to be those caused by viruses that require animal reservoirs for them to genetically change through re-assortment or recombination and evolve into new pathogens or novel strains. This is evident in the case of the Highly Pathogenic Avian Influenza (HPAI); and more recently the COVID-19 pandemic. In the latter case, it is believed that viruses of the hitherto Coronviridae family underwent genetic changes and presented the new emerging infection of COVID19 that has now taken over the globe.

Interestingly, zoonotic diseases are often spurred mostly by human activities and interaction with wildlife and their natural habitats. Other common predisposing factors that lead to the emergence and spread of zoonoses include natural disasters, increased vector population, and climate changes. All of these cause an ecological disruption and changes in the pathogen niche leading to their introduction into the human population. In many countries of the world especially in Africa and Asia, people poach wildlife animals to be consumed as meat, sold as exotic animals, and/or used to prepare traditional medicines. For example, in Nigeria where wildlife hunting is common, mammalian and avian reservoirs of infectious pathogens such as rodents, wild hogs, monkeys, and even bats are killed and consumed as “bush meat” delicacies. In China and other Asian countries, pangolins (among other animals) are often prized and captured to be consumed as exotic meats and used as ingredients for local medicines to treat various ailments. Elsewhere in America, Asia, and Europe where people consume raw or half-cooked meat and fish, foodborne infections in humans are common. It is important to note that most pathogens associated with food poisoning can only be killed at a heating temperature of 70°C and above. Furthermore, pets and companion animals like dogs, cats, monkeys, and birds like parrots and geese and ornamental fish are in close contact with humans, posing health threat when not cared for and/or vaccinated accordingly.

Challenges to collaborations between Human Medical and Veterinary Professions

To successfully combat zoonoses, there must be equal contribution and efforts from the two professions that are considered to have the most direct impact in zoonoses treatment, prevention, and control – the Physicians and the Veterinarians. However, there remains a lack of understanding of roles, and negligence on the part of relevant government and institutional stakeholders to reinforce the human, animal and entire public health sector to utilize collaborative strategic tools that will effectively prevent and control zoonotic diseases.

To start with, the vets are often limited to their private practices with little to no professional externship to public health, rural areas, wildlife, and zoonoses. Furthermore, the supply of veterinarians in research, public health, food systems, ecosystem health, diagnostic laboratory investigation, and rural and/or food-animal practice is inadequate.

On the other hand, medical doctors/physicians have limited or vague knowledge of zoonoses and recognizing the sign of diseases of animal origin. This often leads to under-diagnosis, misdiagnosis, or under-reporting, especially in rural communities. Also, most medical practitioners are more interested in the clinical treatment of diseases than the epidemiology and transmission dynamics of infectious diseases. Furthermore, with the advent of non-communicable diseases (such as cardiovascular diseases and cancers) in both developed and under-developed countries, they have been deemed to have more priority than infectious and zoonotic diseases.

Globally, there is a gross deficiency in both professions to foresee potential challenges to animal health and pandemic threats as well as to formulate policies that will address these challenges. These are pointers to the inadequacies in both human medical and veterinary professions and the neglect of One Health. There are also the often competing egotistic questions in both professions of who really is a doctor and who is not, and who is superior to the other?. This promotes individualism and limits open-mindedness and identification of opportunities for collaboration that will bring true value to public health promotion and zoonoses control.

Other issues include a lack of training of health personnel in zoonoses, poor knowledge and coordination among One Health stakeholders in public and private institutions and at Federal, State, and Local government levels and inadequate collaborative efforts to the development and adoption of new technological tools that can detect cases, diagnose or prevent zoonoses.

With over 75% of emerging human diseases being zoonotic, it is imperative that both veterinary doctors and medical doctors have equal roles and contributions in ensuring zoonoses control and consumed food safety. Therefore, the following recommendations have been made to guide the coordination of these professions in controlling and preventing zoonoses.

With joint collaborative efforts and contributions of relevant stakeholders in line with the goals and objectives of One Health, we are sure to bridge the gap between human and veterinary medicine for improved zoonotic disease detection, prevention, and control in Nigeria, and the world at large.