Climate change and its health impacts on Women and Girls 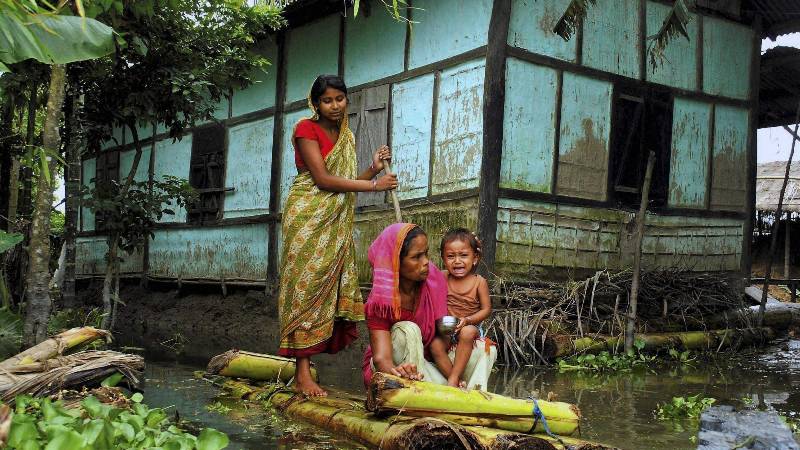 Climate change has been a topic of concern since the late 1980s. As a result, the Intergovernmental Panel on Climate Change (IPCC) was established in 1988 to “prepare, based on available scientific information, assessments on all aspects of climate change and its impacts, with a view of formulating realistic response strategies.” Upon inception of the IPCC assessments, the focus was mainly on global warming and the reduction of greenhouse gas (GHG) emissions. It was only in the Fifth Assessment report of the IPCC in 2014 that integration of climate change and sustainable development policies was emphasized.

According to the Fourth Assessment Report of IPCC (IPCC AR4) which was published in 2007, the impacts of climate change were outlined in six main areas which include the following – ecosystem, food, water, health, coasts, and industry, settlement and society. The IPCC Assessment Reports also recognize that the developing countries and the poorest people will suffer the most impacts of climate change because of unfavorable geography, limited assets and greater dependence on climate-sensitive sources of income. In such countries and communities, these impacts affect men and women differently due to socioeconomic differences, cultural factors, and negative gender norms. This is corroborated by the World Bank, (2018) which states that poverty rates are highest among girls, and sub-Saharan Africa – which has the highest number of the global extreme poor – has the largest poverty gender gap. This situation increases the vulnerability of women and girls who are already at-risk and experiencing socioeconomic difficulties to climate change impacts. The United Nations Framework Convention on Climate Change (UNFCCC) highlights this gender factor in climate change effects by stating that women who constitute the majority of the world’s poor, face higher risks and experience a greater burden of climate change impacts. Therefore, if care is not taken and mitigating solutions are not well implemented to the large population of women and girls in developing countries, (especially in the most marginalized communities) the impact of climate change is bound to be catastrophic.

Climate change impact on health is particularly all-encompassing and cuts across various development themes. Health impacts include increased exposures to heat, poor air and water quality, extreme weather conditions, altered vector‐borne disease transmission, reduced water quality, and decreased food security. For the health of women and girls, climate change has become a risk multiplier for the gender-based health disparities they already face. For example, in most low-income households where coal smoke cookstoves are the only affordable sources of energy, due to their household roles, women are at greater risk of lung cancer from the indoor air pollution caused by these cookstoves. Also, wood and stick gathering for fuel causes deforestation (a precursor to climate changes) and increases the risk of musculoskeletal damage for women. Extreme weather conditions – another result of climate change can take a toll on the health of women and girls especially in conducting household activities and while on their daily jobs as farmers, traders and other income-generation activities. This is important because some women have poor access to healthcare and cooling facilities due to personal safety concerns and a lack of access to personal transportation. Some are subject to culturally prescribed heavy clothing garments that limit evaporative cooling, and a lack of awareness of women’s vulnerabilities to heat among local, national, and global decision-makers, stakeholders and health care personnel are rife. Furthermore, when disasters such as flooding, earthquakes and pollution strike resource-poor nations, women are often the most affected. The pre-disaster familial duties of women are magnified and expanded, and they have significantly less support and fewer resources than they had before the incident. Moreover, after the disaster, they bear the responsibility of caring for their children, the elderly, the injured, and the sick. Besides the effects of the disaster, women become more vulnerable to reproductive and sexual health problems and are at increased risk for physical and sexual violence. Consequently, women become both victims and the primary caretakers, making them more prone to mental and emotional stress. Climate changes also increase the risk of food insecurity which may cause several nutritional deficiencies that increase susceptibility to illness and reproductive/pregnancy issues. For example, there may be distinct health and nutritional needs necessary during pregnancy, and if not met, will put them at increased risk of obstetric complications and climate-sensitive diseases. Also, with a large percentage of rural and vulnerable women and girls whose livelihood depends on agrarian activities (including crop and food animal production) food insecurity plunges them deeper into poverty.

Integration of a gendered perspective into existing climate, development, and disaster‐risk reduction policy frameworks can decrease negative health outcomes for women and girls. In promoting this gendered perspective, it is important to ensure that women and girls are involved in the process and a multidisciplinary collaboration fostered by the One Health approach is promoted. Inclusion and participation of women and girls for a gendered solution on mitigating climate change impacts on women’s health must be demonstrated across all socioeconomic status of women and at all levels including planning, implementation, and monitoring; and women and girls should be empowered and their capacity strengthened for this purpose. Also, implementation of the One Health approach is necessary to ensure all perspectives, plans and actions towards alleviating health impacts of climate change on women is robust, all-encompassing, and inclusive of relevant stakeholders and resources – all to ensure sustainable health in women and girls. There is an urgent need to invest in health information and education programs relating to climate change across health and development sectors to ensure the integration and implementation of the One Health approach.

In our next articles in this series, we would discuss existing and recommended practical examples of gender-sensitive One Health approaches and solutions to mitigating the health impacts of climate change on women and girls worldwide.