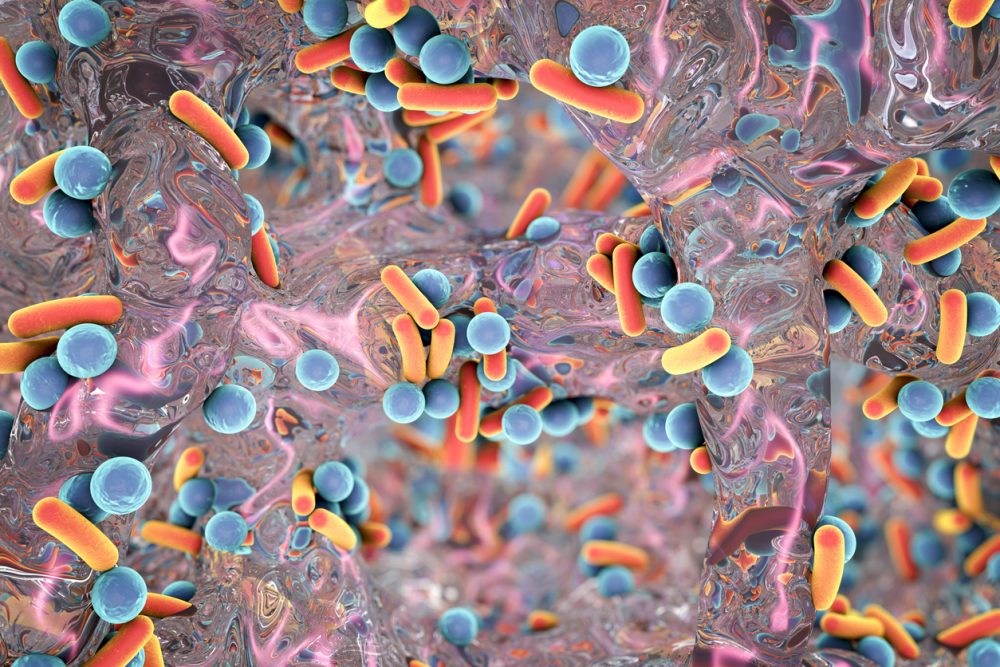 “If anything kills over 10 million people in the next few decades, it’s most likely going to be a highly infectious virus, rather than a war. Not missiles, but MICROBES!”

Your niece has fallen sick again. She is aflame with fever, You ask her if she has a headache too, and she grunts. It has to be a yes! You are right. Weren’t you supposed to study Medicine had Joint Admissions and Matriculations Board (JAMB) not jammed your childhood dreams? You are sure it is malaria. And the right treatment for is antimalaria drugs and antibiotics.

You know all the common antimalaria and antibiotics there is to know. Artesunate. Ampicillin. Amoxicillin. Ampiclox. Tetracycline. Artemether. Lumefantrine.

You rush off to the chemist to buy the drugs. He doesn’t ask you what has happened. He knows because you always come. He sells what you request for, including the eye drop you have used on your left eye for years, and you trust him, although now that you think of it, it seems your vision is not getting any better.

As usual, the chemist asks you to buy additional medications for typhoid too…. antibiotics!

‘You never treat malaria alone. You can never be too sure’, he tells you. “Sometimes malaria and typhoid fevers co-exist, like Siamese twins. You cannot treat one and ignore the other.”

You still believe him, you have always believed him. Not only because he tells you about his doctor uncle who teaches him some of these things; the disconnected dots of facts he proudly shows off to your face. But especially because, you believe your way is the best way, and so far, it has worked. What do Doctors know that you don’t anyway? You prescribe your own medications, and do the same for your parents, younger siblings, your chickens, and pets. Even your relatives turn to you for help before they remember actual Doctors still exist.

However, you do not know of the lurking tragedy of Antimicrobial Resistance

Simply put, antibiotics are medications used to treat bacterial infection and are considered the most widely used medications across the world. Whether sold as over-the-counter or prescription medicines, they are consumed by humans to avert both death and diseases. They have been in use for almost a century and come in different shapes, sizes, colours, and forms differing widely in their basic composition and function.

The term, antimicrobials, is more inclusive of the medicines – antibiotics, antivirals, antifungals, and antiparasitics – used to prevent and treat infections in humans, animals, and plants. Antimicrobials fight off disease-causing microbes (pathogens), as well as parasites. They have been deployed against malaria, typhoid, wound infections, tuberculosis, Ebola, HIV/AIDS, and other infectious diseases.

Intended to save humans and prolong their lives by keeping deadly diseases at bay, they have become a bit more useful even in industries of food production and animal husbandry where they help farmers keep their plants, poultry, and cattle healthy, cutting down losses on expected massive yields.

The year is 1928. Alexander Fleming is culturing the bacteria, Staphylococcus, in his lab at St. Mary’s Hospital in London. Then boom! As if by magic or mistake, he discovers antibiotics. It was not something he had planned or expected; he was probably careless about getting his culture dishes contaminated.

Fleming noticed that a clear area in the bacteria’s culture contained the fungus, Penicillium notatum, and that discovery birthed the first antibiotic: Penicillin. He extracted the toxin responsible for the bacteria cells’ death and named it after the fungus. Penicillin became the first antibiotic. ‘The wonder drug‘ saved the lives of wounded soldiers in the Second World War, and it has saved the lives of millions since then.

Today, several hundred or thousand antimicrobials are targeted against many kinds of pathogens: bacteria, fungi, protozoa, viruses, and parasites. And these medicines come from different sources, including plants, and animals, and microbes. Some of them are artificially produced in the lab by scientists.

AMR is when the medications we have designed to kill microbes become ineffective against destroying them, but somewhat effective in empowering them. It occurs when bacteria, viruses, fungi, and parasites change over time and no longer respond to medicines the way they are supposed to. It makes infections harder to treat and increases the risk of disease spread, severe illness, and death.

It is a war between the microbes and the human race. It is them outsmarting us; circumventing and thriving despite our strategies against them. It’s them against us, and sadly we are not on the winning team.

Microorganisms that develop antimicrobial resistance are sometimes referred to as superbugs. Superbugs may be found in humans, animals, and plants. They may also occur freely in nature. Apart from infecting healthy people directly, they can transmit their resistance to similar microbes, launching an array of drug-resistant organisms and fatal, infectious diseases.

The first case of antimicrobial resistance was reported in the 1940s, just a few years after Penicillin became widely available for use. And because it was not just about Penicillin, AMR did not wane with the discovery of newer and better therapies. Today scientists are frenzied about designing and developing new drugs or combining and repurposing existing ones because of the widespread prevalence of AMR.

So, what exactly happened?

The abuse of antibiotics birthed the resistance to them. The fact that the miracle-working drugs could do almost everything meant people stopped caring about how or when they used them. Easy access to these drugs meant anyone and anything at all could self-medicate without medical consultation. Farmers could use it to rear healthier and fatter animals, grow disease-resistant plants, and provide surplus food all year round. It would have been better if doctors were not involved in this narrative; if they did not write antibiotic prescriptions indiscriminately. But they were, and they still are. Nothing has changed for all of us.

Currently, around 700,000 lives are lost to AMR yearly. However, the World Health Organization (WHO) predicts that by 2050 the figures could rise as high as 10 million deaths annually. Of course, there is hope that things could get better if we change our habits.

But the current pandemic has worsened our fears. For example, it has been reported that the COVID-19 pandemic may have increased the global incidence of AMR. Now is perhaps the best time to recognize that AMR is a hidden, but surging pandemic!

We can start by righting our wrongs and saying no to most things that have become normal in today’s society.

And now more than ever, the government needs to establish and implement effective laws and policies to combat the rising threat of AMR and support human, animal and environmental health systems.

A lot. We may not be able to stop the worsening resistance among microbes to our medications, but we would slow down its impact and save both ourselves and future generations.

The world may be focused on dealing with COVID-19, a worldwide catastrophe that has crippled both economic and health systems and stretched the scientific community to almost breakpoint. However, another deadlier version of it lurks, and encroaches. We do not want to be caught unawares.

(*antibiotics and antimicrobials are used interchangeably in this article)

Wealth Okete is a Biochemist, Science Communicator, and Freelance Content Curator. He was a former science writer with the Nigerian Observer newspapers in Benin City, Nigeria. You can connect with him on LinkedIn, Instagram, or Twitter, @wealthokete.

Iyiola Oladunjoye is a Microbiologist and One Health Advocate. He is American Society for Microbiology (ASM)’s Young Ambassador to Nigeria. You can find him on LinkedIn, Facebook, or Twitter, @iyioladunjoye.